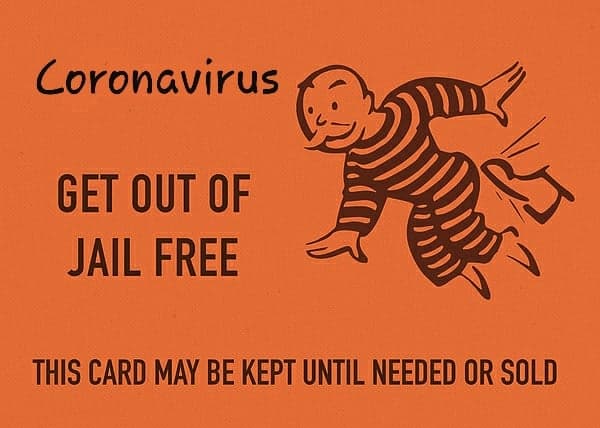 On Saturday morning Cuyahoga County Jail released hundreds of inmates due to the coronavirus.

Administrative Judge Brendan Sheehan among other judges held sessions on Saturday morning to to release inmates, settle guilty pleas and release inmates on house arrest. The concern for inmates who were already in poor health were were taken into consideration along with the rapid spread of the virus.

Judge Sheehan said the the jail may need empty space if some of the inmates have to be quarantined because of the virus.

“You gotta remember, the goal of this is to protect the community and the safety of the inmates. If someone’s a serious violent person, well, we’re using discretion to make sure the community’s safe also” said Sheehan.

Sheriff Alex Villanueva from the Los Angeles County Sheriffs Department said deputies and police officers across the county have been directed to cite and release people whenever possible, instead of arresting them, and to seek medical clearance before booking anyone who shows symptoms. Countywide, he said, arrests have dropped from a daily average of 300 to 60, while the jail population was reduced by more than 600 inmates.

Meanwhile in Cook County, there were increased calls in Chicago for statewide for officials to start considering “compassionate releases” as a way to ease the pressure and burden on the facilities, protect staff and inmates.

“People at the jail are in a confined area,” Sheriff Tom Dart said in a Tribune interview. “If we get one infection, we’ve got a huge problem.”

“The office has already secured the release of several detainees deemed to be highly vulnerable to COVID-19, including a pregnant detainee and another detainee who was hospitalized for treatment not related to the virus,” the sheriff’s office said in a statement. “Additionally, staff are reaching out to other jurisdictions regarding detainees who are in custody due to outstanding warrants on low-level offenses. Sheriff’s staff are asking those jurisdictions to either quash those warrants or geographically limit them so that those detainees can be released from Cook County Jail.”