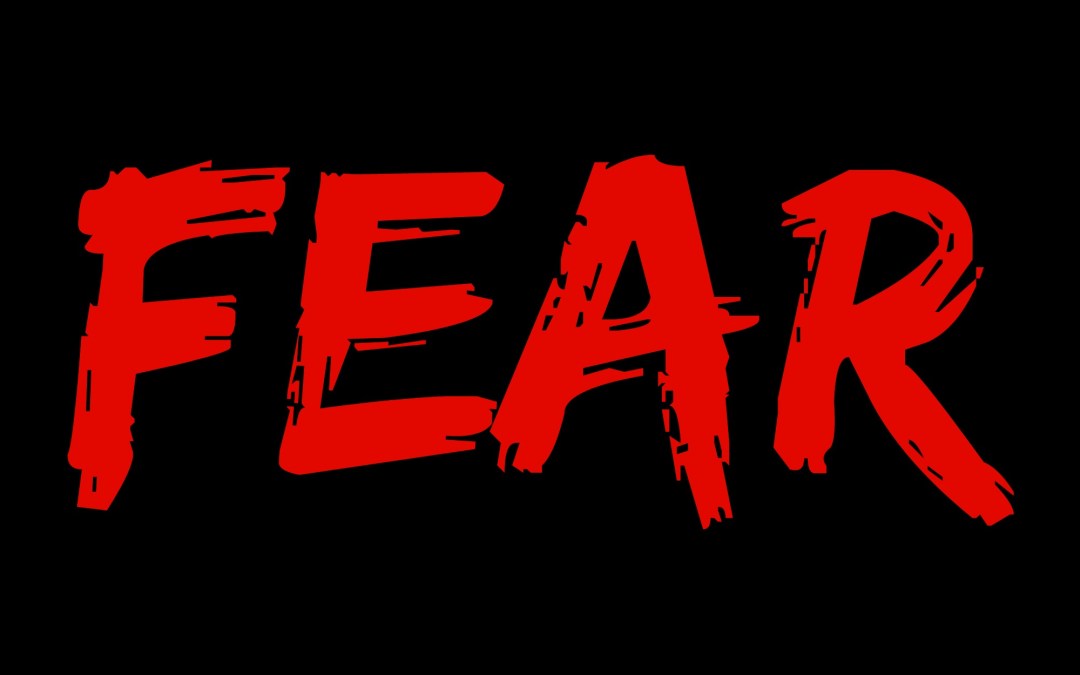 1 Peter 3:14, “But even if you should suffer for the sake of righteousness, you are blessed. And do not fear their intimidation, and do not be troubled”

The question becomes why are we not there? Why are there so many Christians living in fear? Why are we no different from the culture of fear in which we live?

The answer is really very simple it’s that self-exalting spirit of the world that has widely infected the church.

Think about the social issues of today: Abortion, gender, marriage, sex and sexuality. One thing ties them all together: You see we have been playing God and assuming that we can do the things that belong to God as if we are God

Our problem is that we put ourselves in the place of God. In our relentless pursuit to take the place of supreme authority, we have been looking to remove God from the throne, and to occupy it ourselves. We have welcomed and embraced Satan’s proposal which he first proposed in the Garden of Eden, “You will be like God,” and now are finding, to our astonishment, that (as the old cliché goes) “uneasy lies the head that wears a crown.” Who exactly can we look to for help if we place ourselves on the throne? Who can we trust in times of trouble if we decide we reign supreme? The person who puts him or herself in the place of God will soon find that they are overcome with fear.

So, how do we, as believers, respond in a world where men and women have put themselves in the place of God?

A lot of self identifed “Christians” have been shaped by a watered down gospel that says, “God loves you, and all you have to do is say a little prayer, and once you do you will be safe, secure, and blessed forever and ever. So what happens? People say their little prayer, and then spend the rest of their lives resenting God because he hasn’t given them their best life now. They don’t understand that becoming a Christian is not a cake walk that is going to give you health and wealth and adoration from the world. They find that God is not some genie that pops out of a bottle when you rub it. God does not exist to grant our every wish. God requires obedience and a lot of these so called Christians just don’t want to be obedient, they want the benefits of salvation but none of the responsibilities that come with being saved.

Can you see what’s happening here? We call ourselves Christian, but we still seat ourselves on the throne of our lives and view God as the one who exists to serve us by giving us our best life now. And woe to him if he does not give us what we want when we want it!

This is why I say that the church has in fact been infected by a self-exalting spirit that has pervaded our culture. The result is that there is just as much fear in the church as there is in the world.

If we want to fight-back against fear we have to first relinquish the throne and submit ourselves to God. We have to be willing to get over ourselves and stop playing God. Stop trying to make the decisions that only God can make since it is he that is sovereign.

We make such a big deal about love and how much God loves us, that we forget there are other commands in the bible and when we play God and think we know His word better than He does, we run into trouble.

A.W. Tozer said, “A scared world needs a fearless church” The world needs a church that is not afraid. If you are afraid you are useless.

The bible tells us in Psalm 23:4, “Even though I walk through the valley of the shadow of death, I fear no evil, for You are with me; Your rod and Your staff, they comfort me.”

Do we trust God or do we not? We all say we do, that is until things get bad, then all of the sudden our faith goes right out the window and we hide like Adam did. We continually refuse to obey God and trust him and we wonder why our culture and our society is so bad. The church, the only entity that is equipped to deal with the issues of our times, is feckless and just as useless as the rest of the world.

Your playing God and your disobedience leads to fear. We as the church make every excuse as to why we can’t, we can’t go and preach, we can’t tell our gay neighbors that their lifestyle is a sin, we can’t tell the woman that is about to murder her child at an abortion clinic that God hates murderers. People are afraid, the church is afraid. They are afraid of looking unloving, they want the world to love them and since the church wants the world to love them they become like the world.

Again, the bible warns us..

James 4:4, “You adulteresses, do you not know that friendship with the world is hostility toward God? Therefore whoever wishes to be a friend of the world makes himself an enemy of God.”

The reason James starts his admonition by saying you adulterers is because the church is cheating on God with the world. The church is the bride of Christ and if we “cheat” on him we are adulteresses. How many people thought about that when reading James?

How many hear make excuses for not doing what the bible says? I mean let’s take an easy one..

25 Husbands, love your wives, just as Christ also loved the church and gave Himself up for her, 26 so that He might sanctify her, having cleansed her by the washing of water with the word, 27 that He might present to Himself the church in all her glory, having no spot or wrinkle or any such thing; but that she would be holy and blameless. 28 So husbands ought also to love their own wives as their own bodies. He who loves his own wife loves himself;”

Pretty straight forward right? How many women submit to their husbands? Honestly, how many wives submit to their husbands like we submit to Jesus? A lot will say they do but then make excuses as to why they won’t. They are in disobedience and just as perverse as homosexuals. Same goes for men who don’t love their wives. I don’t care what your excuse is, marriage was created and ordained by God, he set the rules and if we fail to follow we pervert the sanctity of marriage. I deal with married couples all the time and one of the biggest issues we find is that a spouse or both spouses are in disobedience. If a wife doesn’t submit and a husband isn’t willing to love his wife to the point that he would give his life for her, that union is a perversion of what God has created and ordained. No if ands or buts about it.

I don’t know why God led me down the path on marriage when we were talking about Fear but this is where the Holy Spirt has led me right now.

I hear husbands and wives making excuses as to why they can’t or won’t or trying to rationalize how they aren’t really in disobedience, or it’s not their fault, it’s the fault of their spouse!! The one making excuses is afraid and they are hiding from God.

Again people playing God adding things to God’s word. Did God say submit unless he…Did he say love your wife unless she…? No he did not.

If we really want to be the salt and light of the earth we better stop making excuses and stop playing loose and fast with God’s word.

Look at what’s happening right now in the world. Fear has gripped the planet and the church!!

Do you think it’s coincidental that we have this fear issue at the same time we see so many people perverting the sanctity of marriage? Our children are beside themselves. I mean we can’t even obey the most basic of covenants and then think we can go out there and “heal the world” Who are you kidding?

Satan got Adam and Eve to question God’s word and it led to Adam being afraid and hiding from God.

It didn’t take much to get the churches to close did it? The worldly church has closed it’s doors (thank God it did) and the real churches stayed open. The phonies who are fearful are mocking the people who have faith and trust God